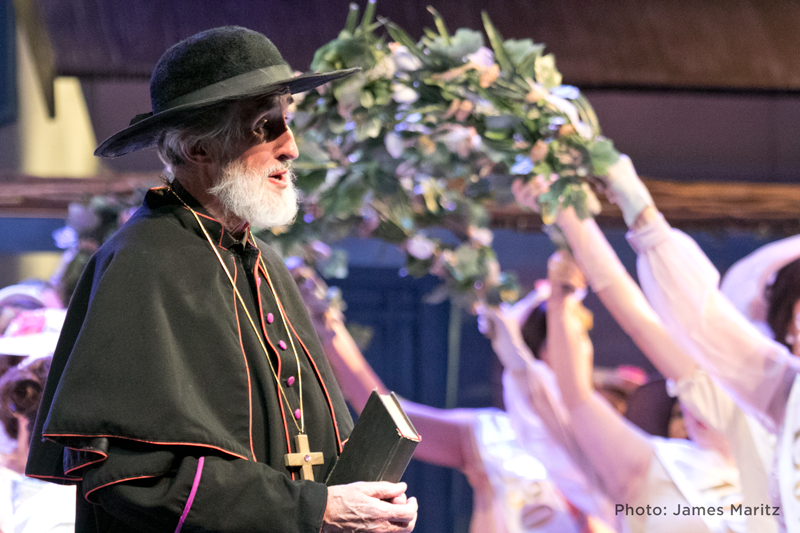 Adrian Kettle has been an invaluable asset to G&S since 1968. Whether it is being part of the chorus onstage, or simply manning the tea station, he has always lent a helping hand wherever he can. This year marks his 50th year since joining G&S.

One evening in early 1971, I was sitting at home, feeling a little lonely and under-motivated, when I noticed an advertisement in the Cape Times.  The Cape Town Gilbert and Sullivan Society was holding auditions that evening, at the Ex-Servicemen’s Institute in Commercial Street, for its forthcoming production of Iolanthe.  Well, I had always loved Iolanthe, and had always enjoyed the Society’s productions, so I grabbed my handbag and keys, and got down there as fast as I could.  I arrived far too early, walked into a large empty hall, and stood there, feeling, and I’m sure, looking, lost.

Imagine my relief when a very good looking man walked in, came straight up to me, and asked, in a voice like honey, “Can I help you in any way?”.  The good looking man was Adrian Kettle, I got the comprimare part I had auditioned for, and the rest really is history.

Adrian was persuaded to join the Society in 1968, when there was a dire shortage of men in the chorus of Billie Jones’ production of Princess Ida.  His lovely tenor voice was of course a huge asset, and he quickly found that he made many friends and had a lot of fun participating in shows.

Adrian has been a real stalwart, always kind, always charming, and always willing to help with set building and painting, putting up posters, giving people lifts to rehearsals, serving on committees, editing our newsletter, Gaslight, and the many hundreds of tasks which go into running a society and mounting a production.   He was made an honorary life member in 1984.

In an interview on the occasion of our 50th anniversary in 1997, he said, “I have learnt so much about stagecraft, music, singing and set building.  I have made so many friends down the years that without G&S my life would have indeed been poorer.” Well, I think that the organisation would indeed be poorer without members like Adrian.

So Adrian, we celebrate you: your loyalty, your humility, your commitment – and, of course, that laugh!  Thank you for what you mean to us all, both other longstanding members and the newer generation!  “Would there were more like you!”